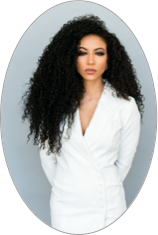 Cheslie Kryst is a complex civil litigation attorney licensed to practice law in North and South Carolina. Passionate about criminal justice reform, she has worked pro bono for clients serving excessive time for low- level drug offenses. Notably, she worked with Brittany Barnett of the Buried Alive Project to secure the release of Alfred Rivera—a client sentenced to life in prison for a low-level drug crime.

On May 2, 2019, Cheslie became the first practicing attorney to win the title of Miss USA. She represented the United States at the 2019 Miss Universe Competition, placing in the top ten of ninety countries. She was part of the historic group of five women whose wins marked the first time the reigning Miss Universe, Miss USA, Miss Teen USA, Miss World, and Miss America titleholders were all women of color.

In October 2019, Cheslie was named a correspondent for the nationally broadcast entertainment news show, Extra. She regularly interviews the world’s biggest names, including Oprah Winfrey, Tom Hanks, Robin Roberts, Taraji P. Henson, Henry Golding, Zendaya, and Lizzo. In addition to her work with Extra, Cheslie currently serves as a Dress for Success Impact Ambassador and supports chapters across the country. She also serves on the National Board of Directors for Big Brothers Big Sisters of America and runs a blog, White Collar Glam, for women’s fashion in the workplace.

Cheslie has appeared on CBS This Morning, Good Morning America, Live with Kelly and Ryan, Ebro in the Morning, and Good Day New York. She has also been featured in Essence Magazine, Marie Claire Magazine, O Magazine Online, Refinery29, and the New York Post, among others. 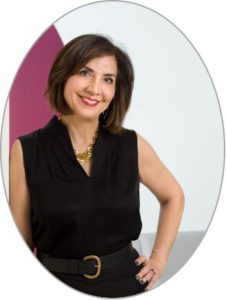 Incorporating the core values of courage, excellence, openness, and positivity, SEPI provides a unique workspace and environment for its employees to plan, design, build, and give back to the communities in which we serve. With a dedicated passion to support organizations that align with the health,

safety, and well-being of the families in our communities, Sepi and the firm are proud to be champions of community service through our SEPI Spirit volunteer program.