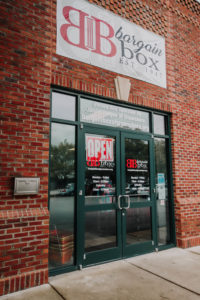 The Bargain Box is the League’s only ongoing fundraiser and sells previously owned merchandise donated by League members and the community. It is currently located across from the Red Collection at 1410 Mill St, Greensboro, NC 27408.

In 1947, the Thrift Shop became a League mainstay and changed its name again—this time for good—and celebrated the grand opening of the Bargain Box on Summit Avenue.

Thank you for your donations to the Bargain Box.

Your donations are the driving force behind our store. We appreciate the time and effort it takes to bring items to the Bargain Box. 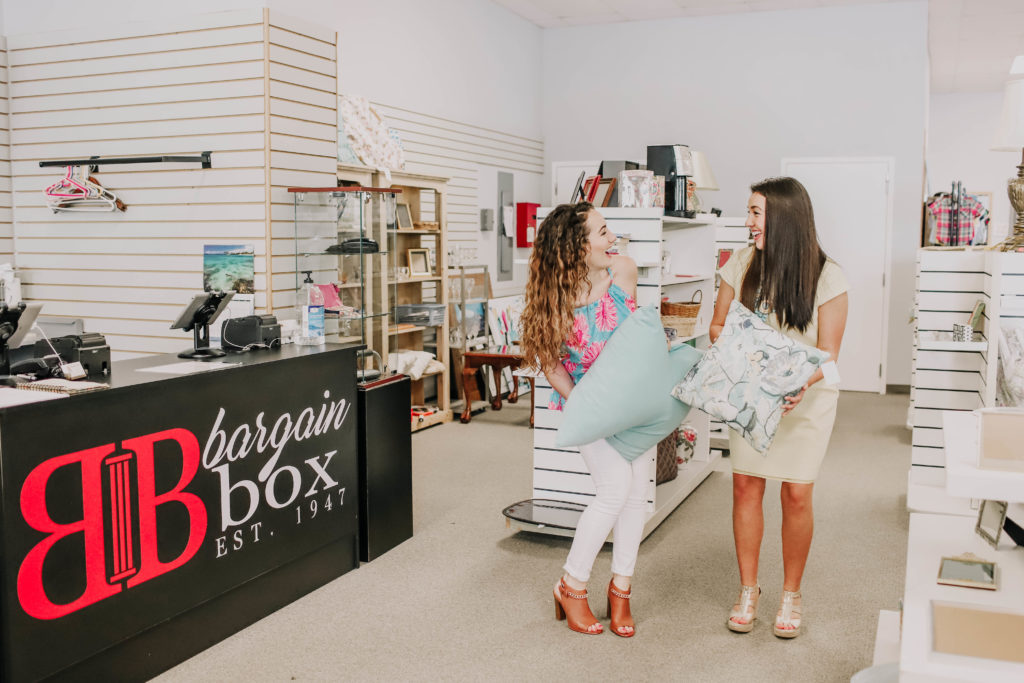 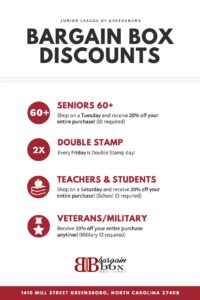